The Fate of the Furious Regal Collector’s Ticket

Are you as revved up for #F8 as we are?  Well here’s one more reason to gas-up and burn rubber en route to see The Fate of the Furiousin IMAX this weekend.

When you experience The Fate of the Furiousin an IMAX Regal Cinema starting 4/13, you’ll receive this collectible ticket! 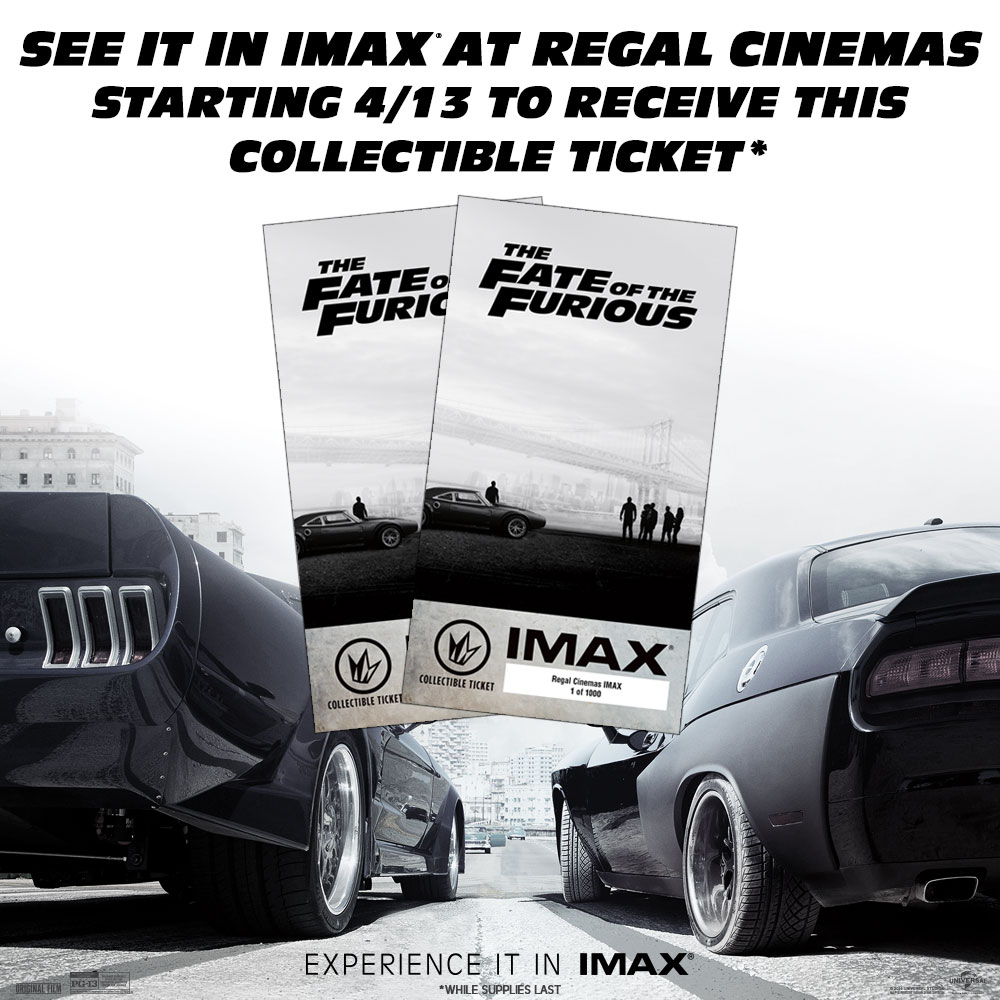 This Regal collector’s ticket is only available while supplies last at participating IMAX Regal Cinemas.