FRIDAY FEATURE: Why Doctor Strange Is Magic for Marvel in IMAX
Nov 10, 2016

Hey, IMAX fans. Welcome back to this week’s Friday Feature, in which I thought it would be fun to spotlight our current IMAX release—Doctor Strange—and how it fits within the amazing legacy of Marvel films released in IMAX.

Doctor Strange—the latest film in Phase 3 of the Marvel Cinematic Universe—tells the story of neurosurgeon Doctor Stephen Strange (played by Benedict Cumberbatch) who, after a horrific car accident, discovers the hidden world of magic and alternate dimensions.

The film is a visual marvel (no pun intended) and even more impressive in IMAX, with more than an hour of the film specially formatted for IMAX theatres. That means, exclusively in IMAX 3D, these sequences expand to fill more of the screen—delivering audiences 26% more of the image than standard theatres. 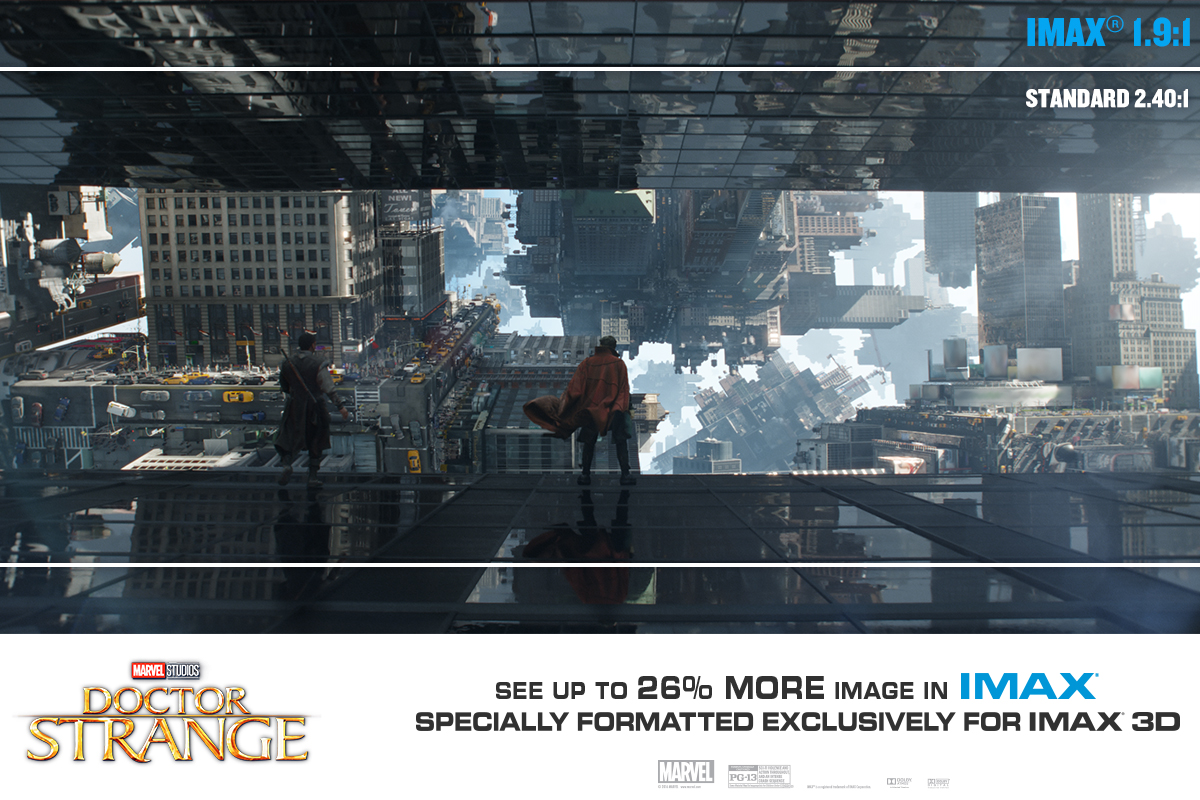 IMAX already has an incredible history with Marvel, having released some of its biggest films, including Ant-Man, Guardians of the Galaxy, both Avengers films and Captain America: Civil War—which used IMAX cameras and also featured an expanded aspect ratio in IMAX—to name just a few.

And it doesn’t stop there.

In addition to Avengers: Infinity War, IMAX announced it will release the upcoming Marvel films, Guardians of the Galaxy Vol. 2, slated for release on May 5, 2017, followed that same year by Thor: Ragnarok on Nov. 3.

Buckle in and prepare yourself for plenty of Marvel in IMAX.

For showtimes to Doctor Strange in IMAX 3D, visit IMAX.com. And for a chance to win an autographed comic book signed by Benedict Cumberbatch, check out IMAX.com/sweeps.