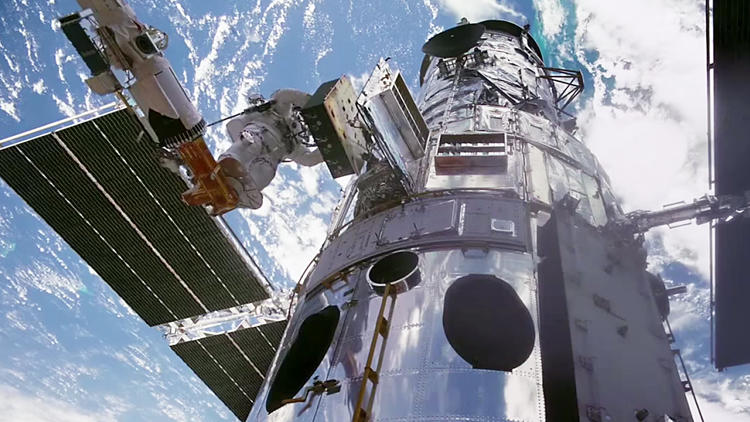 With its 3D Digital Camera, the company responsible for supersizing the film experience is revolutionizing the film industry yet again.

Transformers 4: Age of Extinction, opening next Friday all across the United States, clocks in at 150 minutes jam-packed with rippling muscles, swooping action shots, and earth-shattering explosions. Somewhere within there are 30 minutes shot with an IMAX camera—the first digital 3D IMAX® camera the company has yet developed. How will you know which ones they are? They’ll likely be the most vivid, most thrilling, most awesome 30 minutes of the movie.

IMAX® has been prototyping the camera about four years, and now, finally, it’s rolling it out at Hollywood scale. The camera itself--the company’s first digital offering--is a big step forward for IMAX®. But bigger still is what it will mean for consumers: more movies with better image quality, and a whole new reason to go to the movie theater.

A New Way to Shoot

IMAX® has been making cameras since the 1970s, but even into the 2000s, all of them used film. Film captures images with a more refined level of detail than digital has yet achieved, and so in terms of picture quality, it can’t be beat. Film cameras, however, aren't perfect: Heavier and clunkier than digital cameras, they can limit the shots a director or a cinematographer is able to achieve. And because an IMAX® negative is nearly nine times the size of a standard film frame, their cameras are particularly massive.

Passing film that size through the camera at the standard cinema rate of 24 frames per second creates one hell of a racket, which limits further how and when directors can use them. “They’re not great at close-up or dialogue scenes,” admits Hugh Murray, IMAX’s senior vice president of film production. With The Dark Knight (2008), Christopher Nolan became the first Hollywood director to shoot sequences for a feature film with IMAX® hardware. Others including J.J. Abrams (Star Trek Into Darkness), Francis Lawrence (The Hunger Games: Catching Fire), and Brad Bird (Mission: Impossible -- Ghost Protocol) followed suit. The noise from the cameras was such that actors were often forced to re-record their dialogue after the fact.