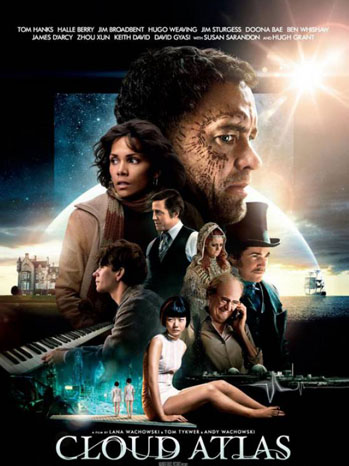 The epic tale by the Wachowski siblings and Tom Tykwer will be digitally remastered and super-sized for a screening on select North American screens.

TORONTO – An IMAX run is in the cards for Cloud Atlas next month.

The epic drama by the Wachowski siblings and Tom Tykwer will be digitally re-mastered and released in select North American IMAX theatres on Oct. 26.

Based on David Mitchell's best-selling 2004 novel, Cloud Atlas was written and directed by Lana Wachowski, Tom Tykwer and Andy Wachowski.