FRIDAY FEATURE: Why You Should Experience ‘Fantastic Beasts and Where to Find Them’ in IMAX® 3D
Nov 17, 2016

In celebration of today’s release of Warner Bros. Pictures’ Fantastic Beasts and Where to Find Them—the all-new adventure returning audiences to the wizarding world created by J.K. Rowling and starring Eddie Redmayne, Katherine Waterson and Colin Farrell—we’re spotlighting an awesome effect from the film in IMAX 3D.

That is, exclusively in IMAX 3D, key visual 3D effects from the film will break beyond the widescreen frame line to take full advantage of the IMAX screen!

It’s a totally immersive and fun effect that the filmmakers used to enhance the IMAX 3D presentation—and one you will only see in IMAX 3D.

What is the effect exactly? Check this out: 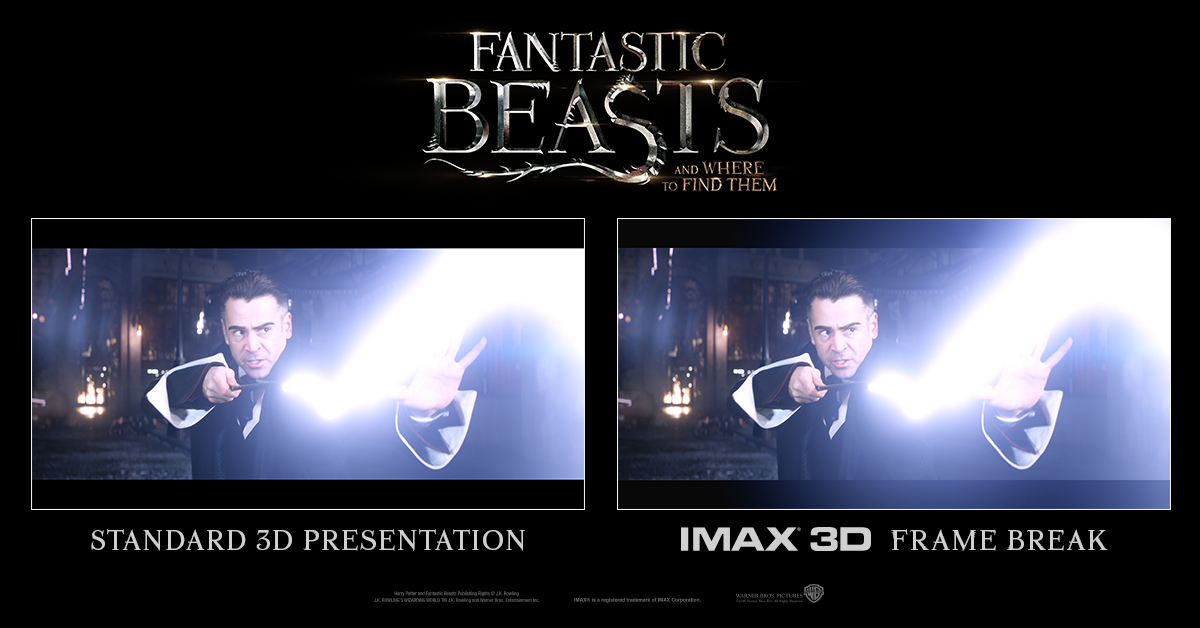 IMAX prides itself on working with filmmakers to enhance the overall movie-going experience, from using IMAX cameras and expanded aspect ratio to these subtle 3D effects that continue to make The IMAX Experience® a unique one.

Fantastic Beasts and Where to Find Them—the perfect candidate for that kind of fan-focused added effect in IMAX 3D—marks the screenwriting debut of J.K. Rowling and reunites a number of people from the Harry Potter film franchise, including director David Yates, as well as producers David Heyman, Rowling, Steve Kloves and Lionel Wigram.

So make sure you check IMAX.com for listings and showtimes. See you at the movies!