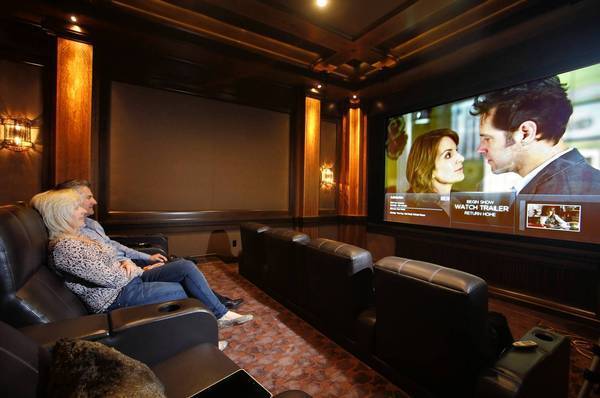 Those who can afford to pay $500 to watch a newly released movie in their own home can now add another luxury perk: the ability to watch it on a giant IMAX screen.

IMAX Corp. has agreed to pay about $2.5 million to acquire up to 20% stake in Prima Cinema Inc., the San Diego-area company that releases premium-priced movies into the home when they are released in theaters.

Under the agreement, set to be announced Monday morning, IMAX will use Prima’s service for its luxury private theaters, which cost $2.5 million and have 20-foot-wide screens.

The deal also makes IMAX the exclusive distributor of Prima's systems over the next five years in China, where the Toronto-based technology company has aggressively expanded. China is now the world's second-largest movie market.

The investment in Prima is part of a broader strategy by IMAX to bring its cinema technology into the home, company executives said.

Prima’s movies themselves cost $500 and require $35,000 in hardware to be shown in private homes, using an encryption technology to prevent illegal copies of movies.

Studios have long been trepidatious about delivering new releases into the home because of concerns of piracy. But Prima has signed deals with Universal Pictures and last week added Paramount Pictures as a client.

"Prima Cinema is incredibly proud to partner with IMAX and introduce a new level of innovation in the digital entertainment industry," said Jason Pang, Prima Cinema Founder and CEO. "We've set a high bar in terms of security and quality with our current Prima Cinema system. Complementing the IMAX Private Theater raises it to new heights and creates an entirely new digital outlet for the film industry."

Read more about IMAX and Prima on The Los Angeles Times Website.