IMAX Sees Success with 'Guardians of the Galaxy'
Aug 5, 2014 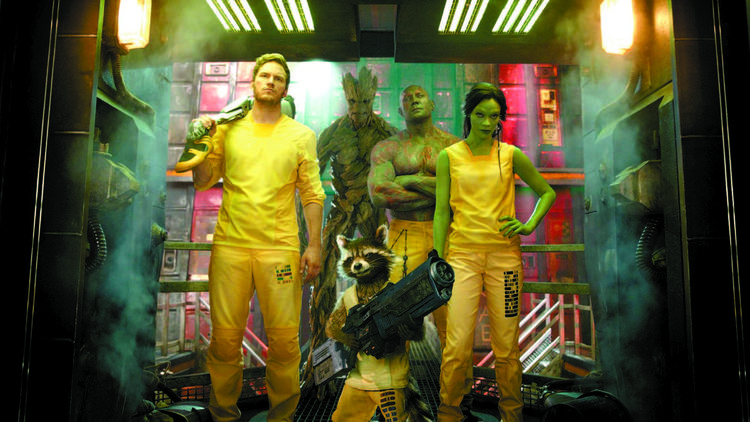 IMAX Corp. might be finally catching a break after what has been a slow summer for blockbusters this year.

Moviegoers streamed to theaters to catch the “Guardians of the Galaxy,” allowing the sci-fi adventure to smash August box office records and rake in $94 million in its opening weekend. And it appears the big-budget film from Marvel Studios played well on IMAX theaters around the world as the company also notched record ticket sales.

The Toronto company sold about $16.5 million in "Guardians" tickets globally, nearly tripling the previous August best of $5.9 million by “Elysium.” “Guardians” brought $11.5 million domestically on 354 IMAX screens, and eight of the 10 best performing locations for the movie were IMAX auditoriums. There are about 750 commercial IMAX theaters worldwide.

“That good, solid performance shows that consumers are still going to movies, but just needed a reason to do so,” said analyst Eric Wold at B. Riley & Co.

Indeed, the summer of 2014 has so far proved a disappointment at the domestic box office.

There have been a number of tentpole releases in the last few months, including blockbusters like “Transformers: Age of Extinction,” “Godzilla,” and “X-Men: Days of Future Past.” But the summer has lacked the kind of firepower seen from last year’s “Iron Man 3” and “Despicable Me 2.” Grosses at domestic box offices are trailing 13% behind last summer's.

Analysts were surprised at the strong showing for “Guardians” over the weekend — it was only expected to gross about $66 million. But, IMAX Corp. Chief Executive Richard Gelfond predicted that it would deliver some big numbers when the company posted second-quarter results last month.

“If we as a company had to pick a film that we think most people don't have on their radar screen, but we think will do very well this summer, it would be 'Guardians of the Galaxy,' " he said at the time.

To read more about 'Guardians of the Galaxy' in IMAX visit Los Angeles Times.